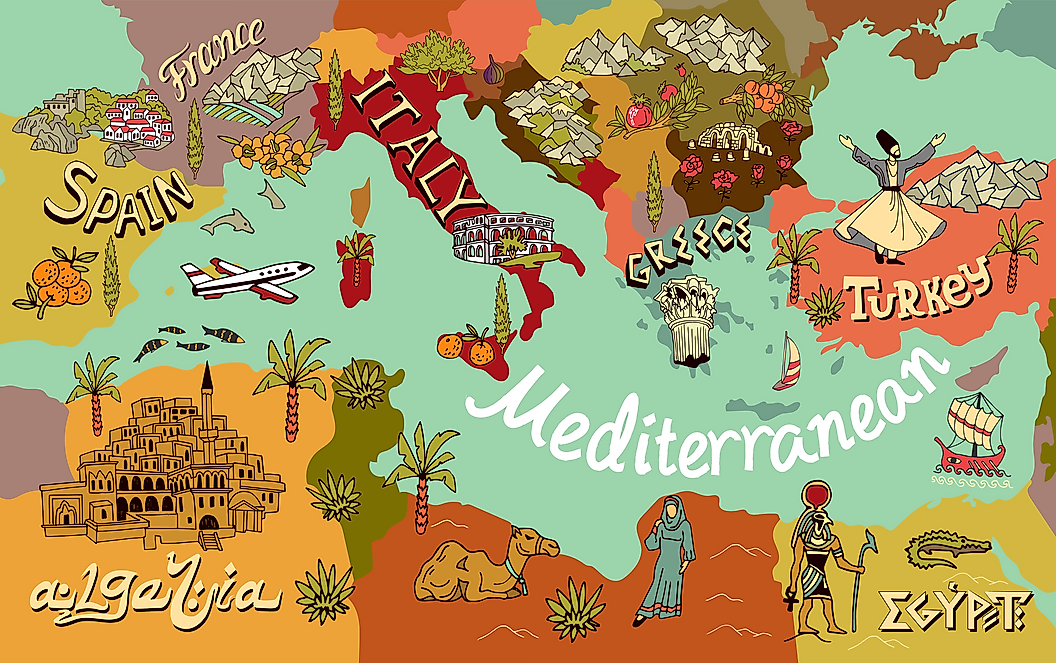 The Mediterranean Sea is a body of water that is situated between parts of 3 continents, Europe, Africa, and Asia. The name “Mediterranean” comes from the Latin term, mediterraneus, and means middle of the earth. Indeed, the Mediterranean Sea sits in the middle of what people living in ancient Greece, Egypt, and Rome believed to be the world as a whole.

Geography Of The Mediterranean Sea 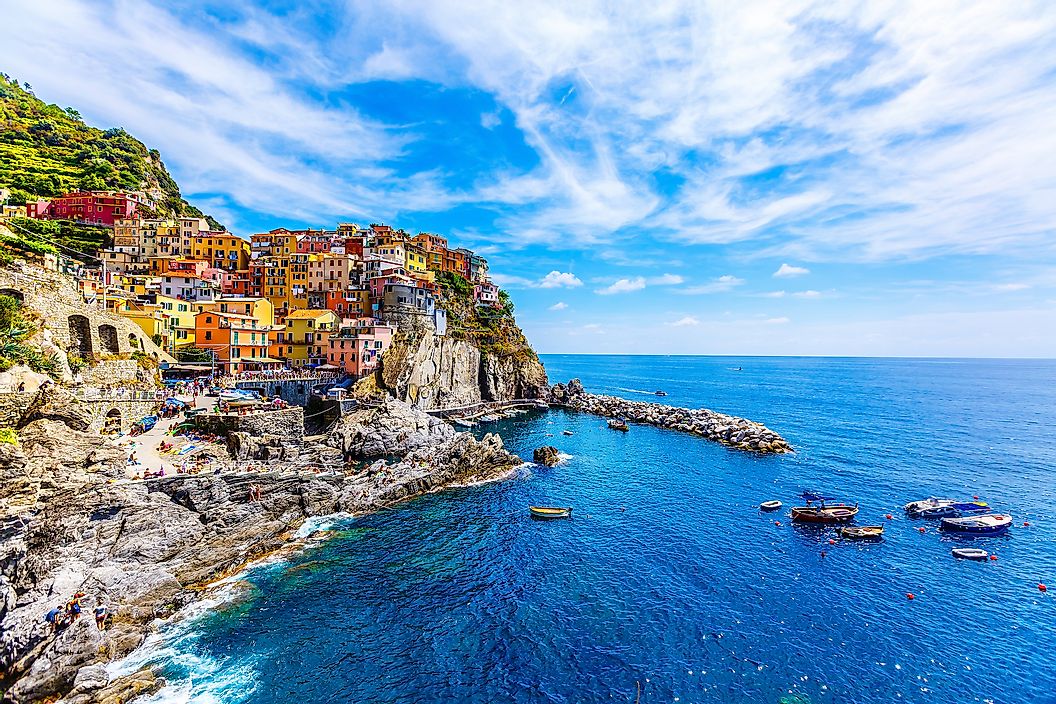 An Italian village along the Mediterranean coast of Italy. 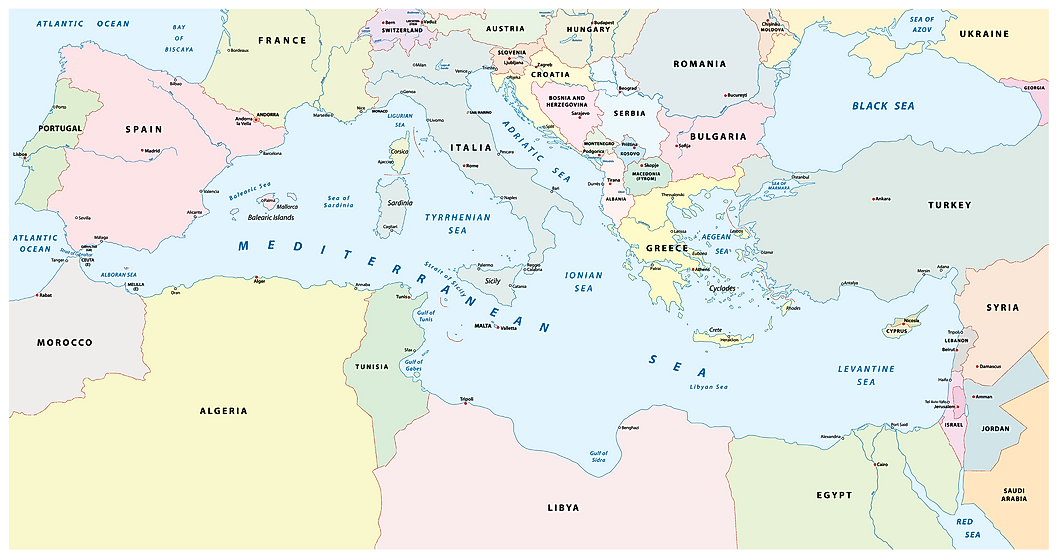 Map of the Mediterranean Sea and neighboring countries.

The Mediterranean Sea is surrounded by 16 countries. Of these 16 countries, 6 are in Europe, 5 are in Africa, 4 are in Asia, and one transcends territory in both Europe and Asia. The 6 European countries that border the Mediterranean are Spain, France, Monaco, Italy, Greece, and the island country of Malta, which is located south of the Italian island of Sicily. The 5 African countries are Egypt, Libya, Tunisia, Algeria, and Morocco; the 4 Asian countries are Syria, Lebanon, Israel, and the island country of Cyprus, which is more politically and economically connected with Europe, but is technically part of Asia, and is situated south of Turkey. Turkey is also a Mediterranean country, though it has the distinction of possessing territory in both Europe and Asia. Turkey’s European territory makes up part of the region of Thrace, shared with Greece, but the bulk of Turkish territory, known as Anatolia or Asia Minor, is in Asia.

Island Countries In The Mediterranean Sea 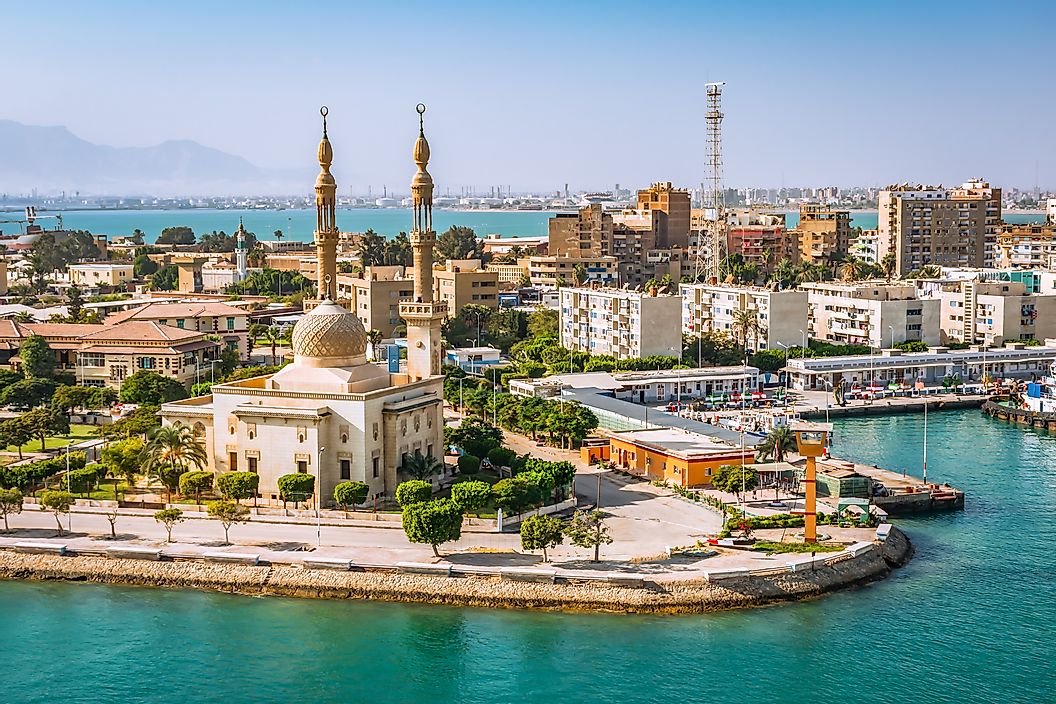 There are many different peoples in the Mediterranean region. The African countries of the region are dominated by Arabic speakers. The Arabs conquered North Africa in the 7th century, and are now the dominant population therein. There are, however, non-Arab peoples, most notably the Berbers, who formed much of North Africa’s population prior to the Arab invasion. Both Arabic and Berber are composed of many different dialects.

The Asian countries of the Mediterranean region include Turkey (transcontinental), Cyprus, Syria, Lebanon, Israel, and the disputed territories of the West Bank and Gaza Strip. Syria, Lebanon, and the West Bank and Gaza Strip are predominantly Arab, and each possesses their own dialect of Arabic. Lebanon was once the cradle of the ancient Phoenician civilization, which spread throughout North Africa and the islands of the Mediterranean Sea. One Phoenician settlement in present-day Tunisia was Carthage, which eventually became the center of the Punic Empire. The Punic Empire competed unsuccessfully with the Roman Empire for hegemony in the Mediterranean region. 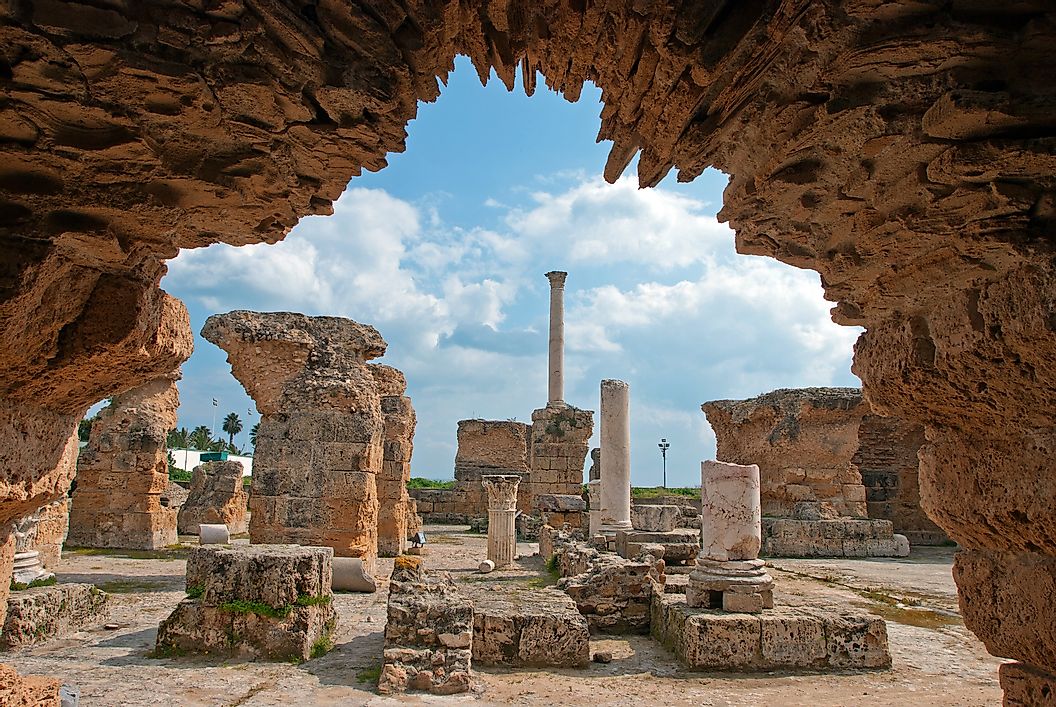 Ruins of Carthage in Tunis, the capital city of the Mediterranean country of Tunisia.

Israel is situated in the Biblical Holy Land. It is the ancient homeland of the Jewish people, who, over a course of many centuries, spread throughout Europe, North Africa, and parts of Asia. The modern State of Israel is mostly inhabited by Jews who came from Jewish diaspora communities around the world, though it also has a sizeable Arab population, which is related to the Palestinian Arabs that make up the overwhelming majority of people in the West Bank and Gaza Strip. It should be noted that among Israel’s Jews are several different Jewish dialects that were developed over the centuries in diaspora communities. Examples of these dialects include Yiddish, spoken by Jews of Central and Eastern European descent, and Ladino, which is still spoken by some Jews who are of Southern European or North African descent. 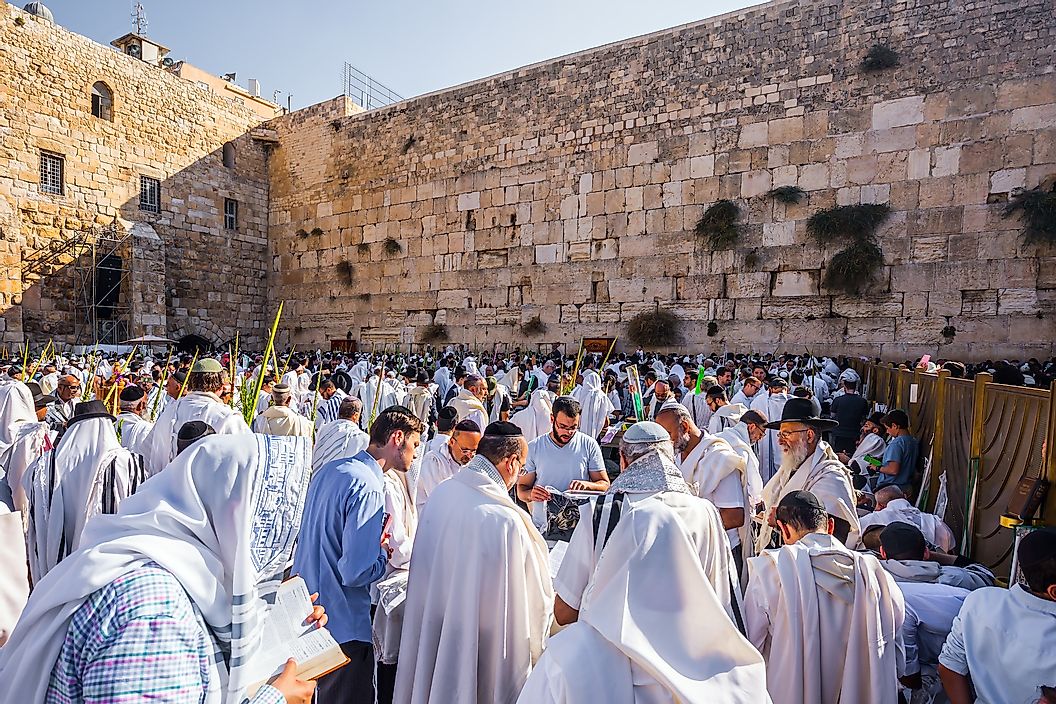 The people of Cyprus are largely Greek-speaking, though there is also a large Turkish-speaking population in the country. In fact, the northern part of Cyprus is a self-declared Turkish state, but is only recognized by Turkey. The people of Anatolia, Turkey’s sovereign territory in Asia, are mostly Turkish, but there is also a large Kurdish population in the southeast of the country.

The Europeans of the Mediterranean region are overwhelmingly speakers of Romance languages, including French, Spanish, and Italian. None of these Romance languages, however, are by any means uniform. Several dialects of French, Spanish, and Italian exist. The Spanish spoken in Spain, for example, includes Castilian Spanish, which is the most dominant dialect, but it also includes variants called Andalusian Spanish and Murcian Spanish, both of which are dialects native to southern Spain, which of course borders the Mediterranean Sea. In Italy, there are many dialects of Italian, some of which are mutually unintelligible. The other languages of the Mediterranean Europeans are Greek, which if course is spoken in Greece, Maltese, the national language of Malta, and Turkish, which is spoken by people living in eastern Thrace, the only part of Turkey that is considered part of Europe. 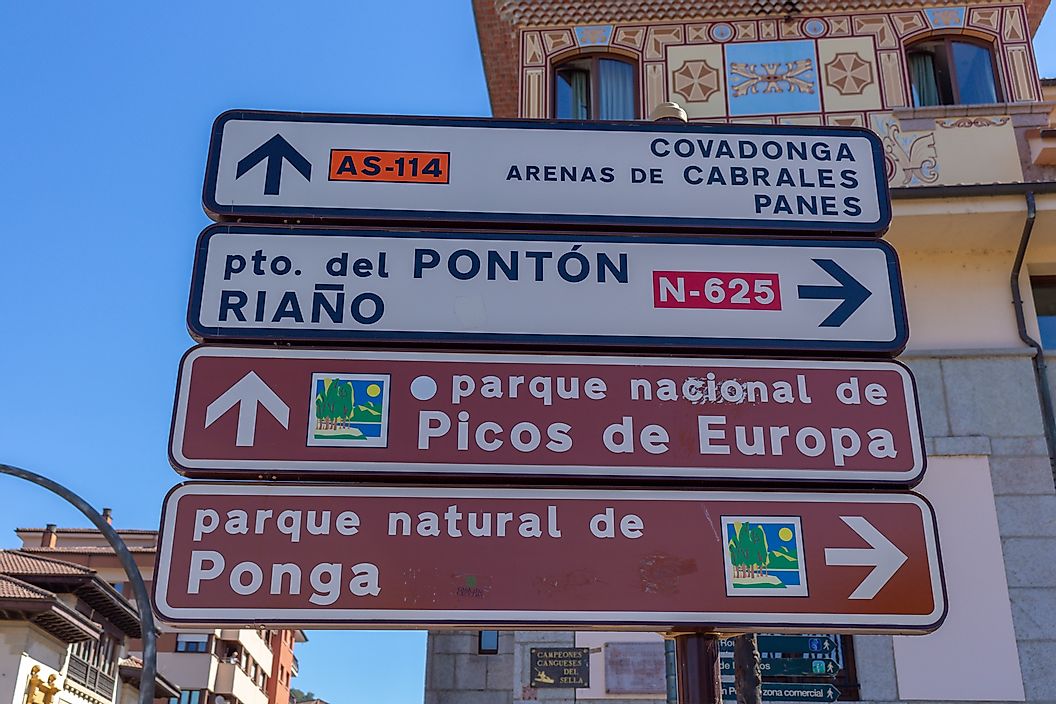 There are also ethnic minorities in Spain, France, and Italy who have distinct cultures and languages. Spain and France, for instance, both contain parts of the territories of Catalonia and the Basque Country, both of which have their own languages. The Basque language is especially unique in that it is not related to any of the other languages in the region. Southern France is home to the ancient region of Occitania, where some speak what is known as the langue d’Oc, or Occitan. The Italian-controlled Mediterranean islands of Sardinia and Sicily also have their own languages, as does the French-controlled Mediterranean island of Corsica. In fact, all of the aforementioned distinct minority communities have advocated for autonomy, if not outright independence, to protect their distinctiveness.

What Is Mediterranean Culture? 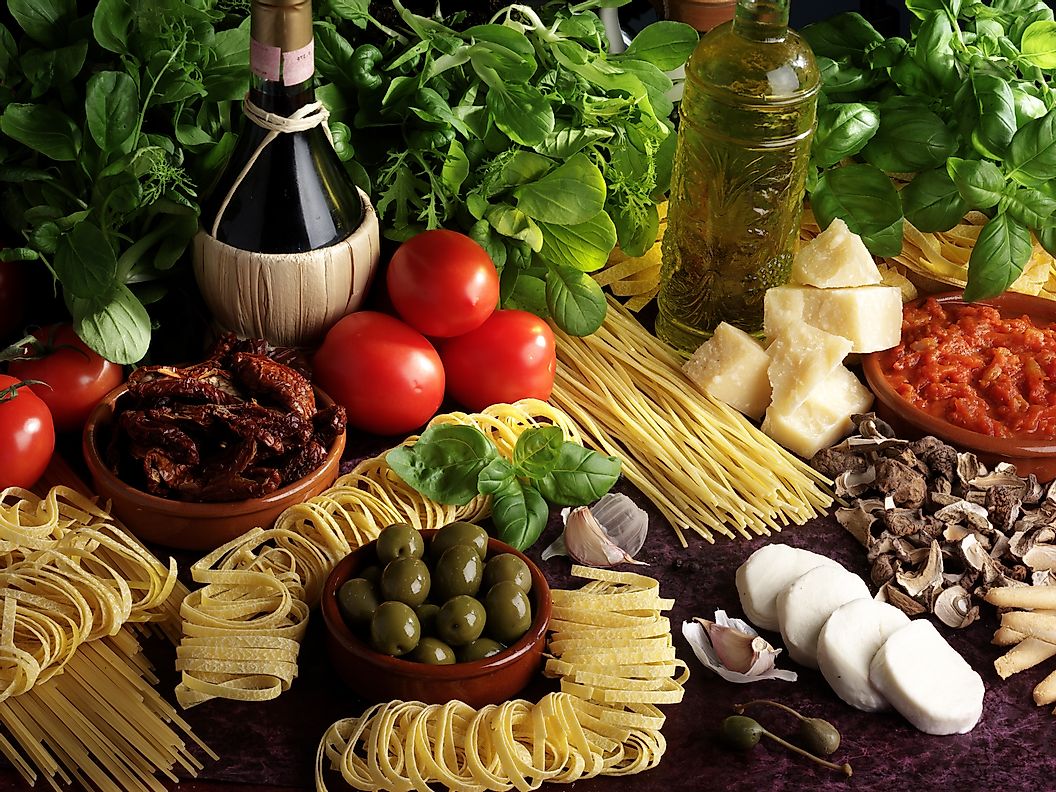 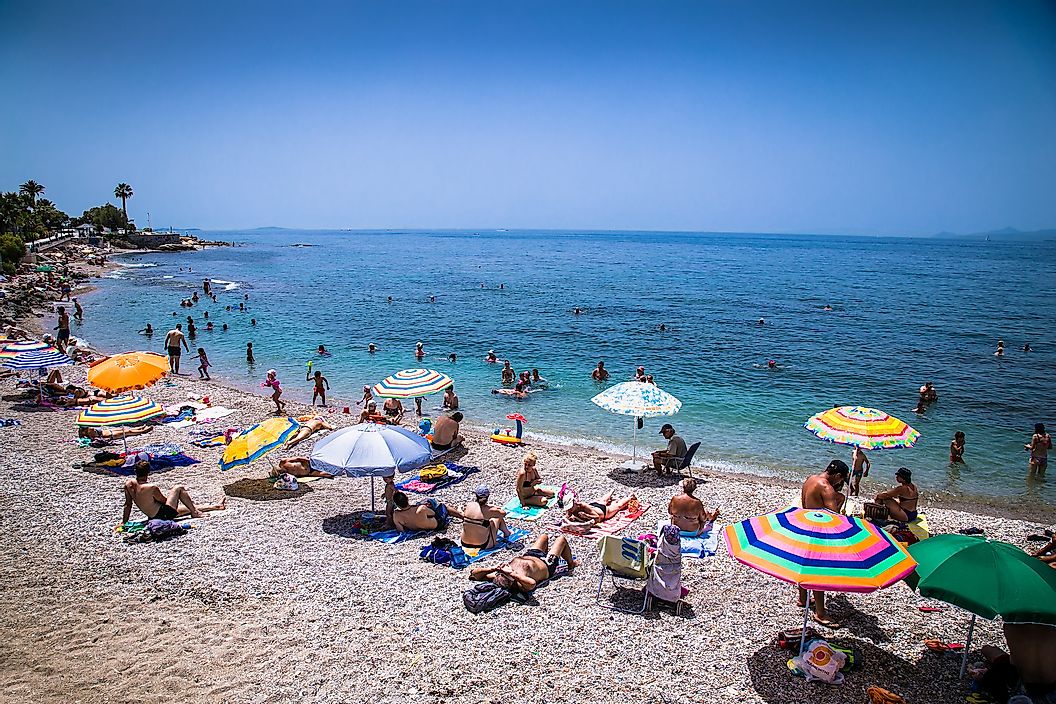 I only want to book
I want to rent my property
Already a member? Sign in!